During an online-only keynote for Apple’s annual Worldwide Developer Conference (WWDC), the company launched iOS 14. The new iPhone OS is a follow-up to last year’s iOS 13, which initially had a rocky start with numerous software updates at its launch. The preview of iOS 14 includes a major redesign of the iPhone home screen, picture-in-picture video, better widgets, a new way to automatically organize your apps called App Library and a new Siri interface. These features come alongside a new Translation app and the ability to unlock your car with your iPhone.

Main features of the iOS 14 are largely focused on the home screen, the Today View and notifications. Interestingly enough, the very idea of an app is changing. Prior to iOS 14, there were already apps as well as widgets that are based on your installed apps and available on the Today View page. Now, there is a third form called App Clips for when you need the functionality of an app that you don’t have.

A developer version of iOS 14 is currently available to download, with a public beta launching in July. A final version of iOS 14 will be released in the fall, likely alongside with the rumored iPhone 12, which will the first new iPhone since the iPhone SE launched in April. iOS 14 runs on the same iPhones that are supported in iOS 13 — specifically, the iPhone 6S and newer.

How to Prepare For The 5G Investing Boom

In April, any doubts the industry had about U.S. Government support for the roll-out of 5G technology were erased as the FCC released the 5G FAST Plan (“Facilitate America’s Superiority in 5G Technology).

The 5G FAST plan freed up more ‘spectrum’, encouraged massive investment by the private sector, and streamlined the regulations required to roll out the infrastructure required for 5G.

Make no mistake, the opportunity here is huge.

The floodgates are opening on an estimated 3 million new jobs and $12.3 trillion in economic growth in the coming years.

But all this is nothing compared to what happens when 5G is rolled out to billions of people around the world. And it’s time to take notice.

5G related stocks have already started moving higher. Riding a wave of optimism and investment dollars. But we’re still in the early days.

According to Jeff Brown, the investment script is plain as day.

Brown, a 27-year veteran of Silicon Valley has worked at the executive level for some of the hottest tech companies in the world, including NXP Semiconductors and Qualcomm. 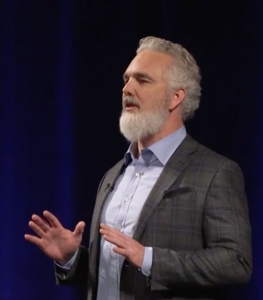 “There are three phases of profit in every network buildout. During phase one, the companies building the network benefit. In phase two, it’s the devices that drive the profits. Phase three is all about services, companies who use the new network to provide enhanced services.”

But because of the rapid pace of the 5G roll-out, we expect phase three to come extremely quickly.

That’s why you should get in position now, before it’s too late.

Many investors simply don’t understand how these network roll-outs happen, how the profits shift as we move through the phases. Those people are doomed to stay a step behind.

But you don’t have to make the same mistake.

Jeff has been pounding the table on 5G since May 2018. Encouraging his readers to take advantage as the investment script plays out. If you’re at all interested in 5G, there are several companies Jeff believes you should have in your portfolio right now.

Because of the urgency of this situation, click here for a recording of a talk Jeff gave earlier this year. In it he lays out in more detail how this situation will play out and what you should expect.